This week Thryv and the SBDC released results from its two latest waves of an ongoing study of U.S. small business sentiment amid the COVID crisis. The latest data show improving optimism about recovery. The surveys also found SMBs believe more help is needed to ensure a full recovery.

In April, we wrote about earlier waves of the Thryv research showing, among other findings, that most SMBs had limited capacity to stay in business if the economy didn’t re-open in May.

Thryv began tracking SMB views about the crisis on March 20. The company has since completed 11 waves of the survey. The latest waves (10 and 11) ran May 29-31.

The latest release of the Thryv data shows that for the first time since the crisis started, more than 10% of SMBs reported seeing an increase in demand.

Thryv has also seen a big jump in the number of business owners who expect full recovery to happen within the next year. In wave 11, 43% said they expected recovery within a year. This compares with just 21% expressing that sentiment at the nadir in wave 6. 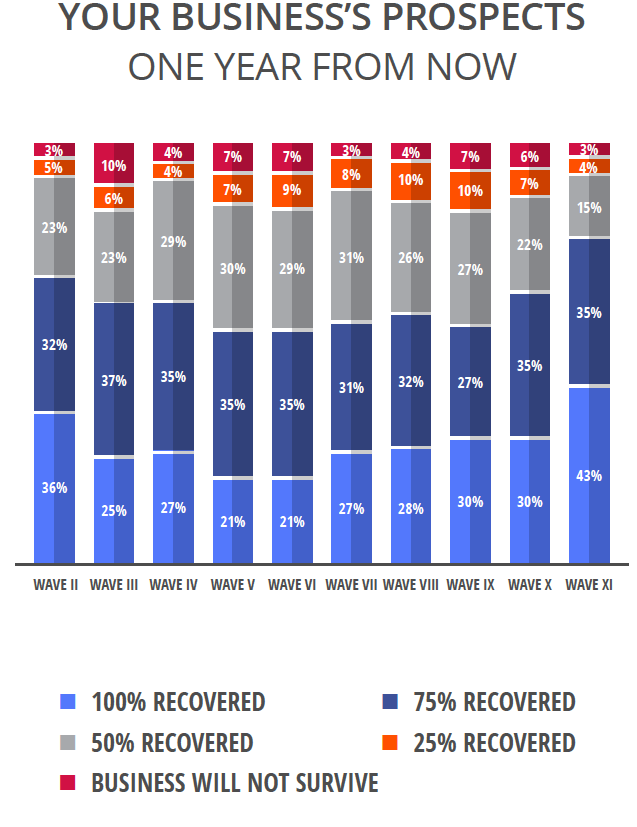 “Wave 11 brought the most positive signs since the study began,” said Thryv Chief Strategy Office Gordon Henry in a statement. “Businesses that think they will be completely recovered one year from now increased to 43 percent. That is more than twice the levels we saw at the trough of the pandemic in Waves 5 and 6.”

Not Out of the Woods Yet

While optimism is rising, according to Thryv’s data, some serious concerns remain.

For example, a full 76% of businesses still think more government stimulus is needed. 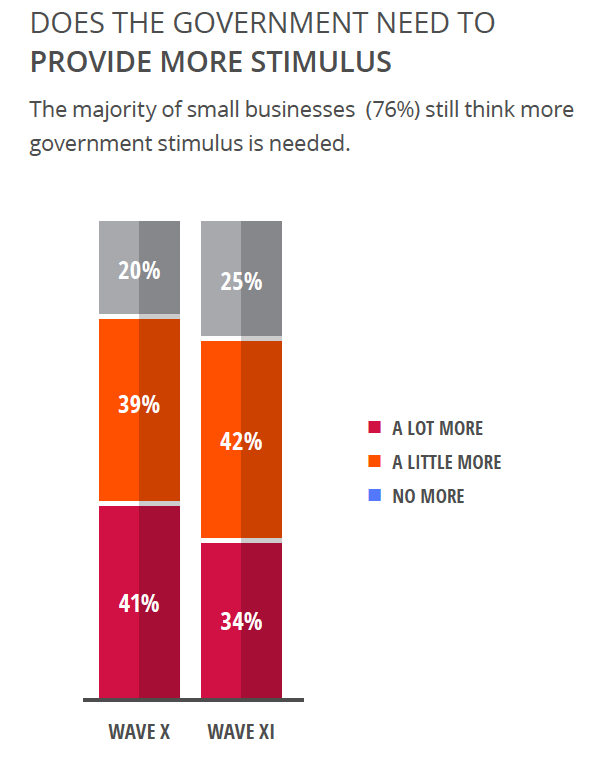 Most business owners said they would comply with any future lockdown order.

Another optimistic signal is the number of businesses saying they either are fully staffed today or plan to bring back their full complement of workers. In wave 9, 57% said they are either fully staffed or would return to 100%. By wave 11 that number had risen to 67%.